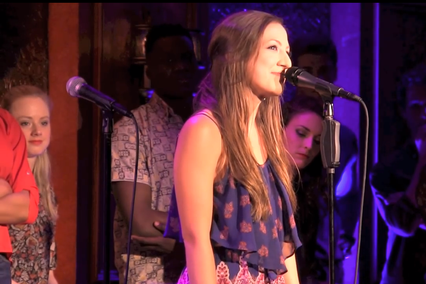 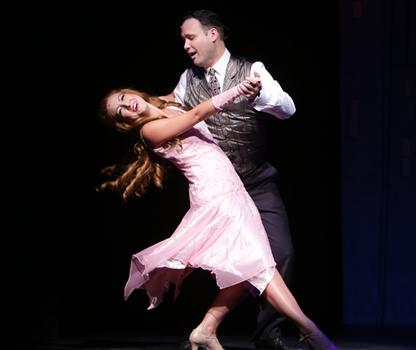 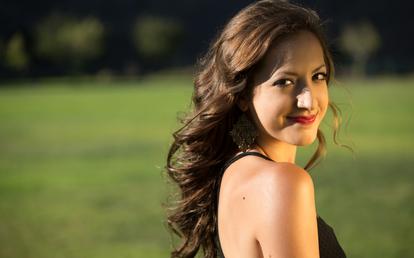 ​Katie grew up in Orange County, California. It was clear early on that Katie had a real love for all things musical. Growing up with a dad who played the piano, an aunt who is a private voice and piano teacher, and a mom and sister who put up with her constant singing and dancing in the kitchen, Katie’s love for music was fostered at a very early age. She began to take voice and piano lessons and got involved in community theatre.

She attended Orange County High School of the Arts, as a musical theater major, and had many wonderful experiences there, playing such roles as Cinderella in Cinderella and Svetlana in Chess​. She also had the unique opportunity to perform with many great artists including Susan Egan, Matthew Morrison, David Burnham, Danny Gurwin, Anne Runolfsson, and Marvin Hamlisch. For several summers she interned for actor David Burnham and music producer Mark Vogel. Katie won third place in the Los Angeles Music Center Spotlight Awards competition her senior year.

Katie continued her education, receiving her Bachelor of Fine Arts from the Weitzenhoffer School of Musical Theatre at the University of Oklahoma in Spring 2015. While at the University of Oklahoma, Katie had the opportunity to perform as Anne in La Cage aux Folles, Swing/Vocal Captain in Carrie, and Ensemble (Julie u/s) in Carousel. She also enjoyed creating roles in several workshops, including the Dust Witch in Neil Bartram and Brian Hill's Something Wicked this Way Comes, as well as Michelle in There is More to Love, a new Andrew Lloyd Webber musical, directed by Hugh Wooldridge. While in college, Katie worked as a lead vocalist at Six Flags Great America in Chicago, and also sang with Susan Egan at 54 Below in NYC. Katie worked as the special events singer for OU and often traveled and performed with the recruitment team. She also loved singing with the OU Jazz Bands.

Since graduation, Katie has been working professionally as an actress, director, and choreographer. Some credits include: Neil Bartram and Brian Hill's new musical, The Theory of Relativity at 54 Below and Birdland in NYC, Beth in Little Women with The Barn Stage Company, Nurse Cora McRae in South Pacific with McCoy Rigby Entertainment, Katherine u/s in ​Newsies with McCoy Rigby Entertainment.  She also has performed as Miss Dorothy in Thoroughly Modern Millie at Broadway Rose Theater Company in Portland, Belle in Musical Theatre Orange County's production of Beauty and the Beast, Sally in A Christmas Carol​ in Branson, Missouri, Ensemble in Candlelight Pavilion's production of The Wizard of Oz, and Mabel in ​The Pirates of Penzance with Shakespeare Orange County.

Katie teaches, directs, and choreographs for the Musical Theatre conservatory at Orange County School of the Arts, and for many Southern California theater companies and schools.

In her spare time, Katie enjoys writing her own music, and accompanying herself on the piano.